Along with Frozen (don't watch before going on skiing holiday):
http://www.imdb.com/title/tt1323045/ 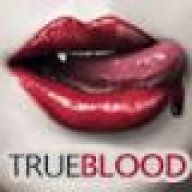 Along with The Expendables which has some amazing action scenes.
http://www.imdb.com/title/tt1320253/

Along with The Expendables which has some amazing action scenes.
http://www.imdb.com/title/tt1320253/

Gotta love Angelina Jolie. The film was pretty good too.

Clash of the Titans was an average watch nothing special.
http://www.imdb.com/title/tt0800320/

I also watched Resident Evil: Afterlife 3D it was a great film to watch and my favourite film out of the Resident Evil collection so far!
http://www.imdb.com/title/tt1220634/ 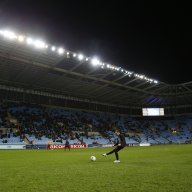 i watched shutter island the other week, thought it was brilliant
http://www.imdb.com/title/tt1130884/
Expand signature
Sky Blue Army and Proud
P

Shutter Island is a great film.
Inception was amazing.
I know it's a cartoon but Despicable Me is one of the funniest films I have seen in a long time!
Expand signature
Sky Blue Army ​

Great movie, must watch for any family guy fans out their 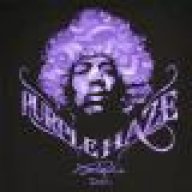 The new Tron film is worth a watch, I agree with previous comments on Inception & Shutter Island and even Despicable Me. Repo Man is worth watching but don't ever , ever watch Kangaroo Jack you'll never get that time back!!
Expand signature
[SIGPIC][/SIGPIC]​

I have been watching Happy Gilmore a lot

One mega over rated film was "The Fighter". What a load of tripe!
Expand signature
Top 5 Halloween Gifts 2020 - Use the code below to save 10%! 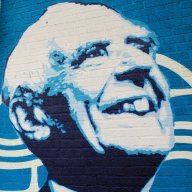 I'm the one person in the universe who liked The Last Airbender.

As already mentioned, Inception is awesome but don't ask me to explain what happened.

Social Network is the most annoying film I've ever seen. None of the characters is likeable so there's no-one to root for. 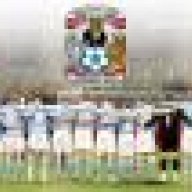 You definitely are :laugh:

Films are my second passion (first being obvious)

I watched 'The Box' today. Not bad has a good message but a little confused in the delivery. The acting was slightly bad but somehow this made the film better.
www.imdb.com/title/tt0362478/

Anyone else seen Black Dynamite. It passed me by but watched it recently and its hilarious.
www.imdb.com/title/tt1190536/
Expand signature

I found "District 9" a very good film definitely recommend it as an interesting watch.
http://www.imdb.com/title/tt1136608/

I also enjoyed the film "Inception" it's a very complex and interesting film.

I watched the Human Centipede last night, awful film!
Expand signature
Top 5 Halloween Gifts 2020 - Use the code below to save 10%!

I watched "The Road"

It's a terrible film, I wouldn't recommend anyone to watch it.

It's just so pointless with no explanaition that drags on for 2 hours of boredom.

I have seen that and spent on top of the two hours watching it another hour trying to find out what it was about and if there was any point or back story. The story of this film is, everything interesting has already happened and this is the boring stuff after.
Expand signature

I can top that though. I watched 'Aquamarine'.
This was on film4 primetime 8pm but more suited to 2pm channel 5 on a Midweek afternoon.
The story is a mermaid who is due to get married swims away from her father to prove that real love exists so that she doesn't have to marry any old random merman. It turns out that during sunlight mermaids can have legs!
So jojo (that American young singer) and her friend help the mermaid (with legs and who can speak all languages known to man) find that true love exists by trying to get some random guy to fall in love with her in three days. It has a non Hollywood ending where the guy doesn't love her as its only been three days and really you just know he is trying to get his leg over. She eventually finds out that love does exist as she's found it with her new friends.
This is by no means the worse film I have ever seen but I wouldn't recommend it, I would never give a film 0/10 so this film is a solid 4/10.

I thought it was one of the best Harry Potter movies yet. I thought moreover that it was fairly loyal to the book for once, as far as it was possible. 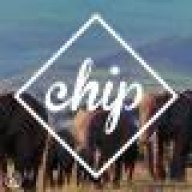 Never watch "A Serbian Film", it's disgusting, and I teared up. A long story short, it's some sick in the head director who thought it would be smart to use a guy who has no control of his own actions, raping women, men and new born children as a metaphor for the mind control from the Serbian government.


A film or series (as it is) that I would recommend, is "The Pacific". It is hands down the best series I have ever watched. I give it a 10/10.
Expand signature
www.twochip.co

MatthewWallis said:
i watched shutter island the other week, thought it was brilliant
http://www.imdb.com/title/tt1130884/
Click to expand...

We just finished watching it for our Media Studies class at college. It's great, but with an unexpected ending.
Expand signature
www.twochip.co 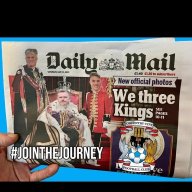 Did a search for Shutter Island to see if it had been discussed before on here and came across only this thread. I've just seen it for the first time and can't believe something so acclaimed has taken me so long to get to. Fantastic film, great ending. I wont spoil it in case there's anyone else as slow to the punch as I've been, but one of the best I've seen in a very long time.
Expand signature
Opinion is the medium between knowledge and ignorance - Plato
Reactions: Sky_Blue_Daz and LastGarrison 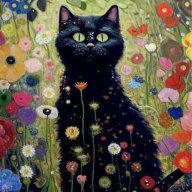 Good film for sure.

Now trying to cast my mind back to 2010 to see what other films I can find for you to watch.
Reactions: rob9872 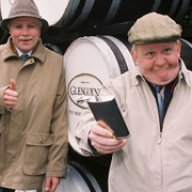 rob9872 said:
Did a search for Shutter Island to see if it had been discussed before on here and came across only this thread. I've just seen it for the first time and can't believe something so acclaimed has taken me so long to get to. Fantastic film, great ending. I wont spoil it in case there's anyone else as slow to the punch as I've been, but one of the best I've seen in a very long time.
Click to expand...