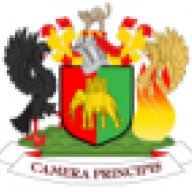 RIP George…a true legend and gentleman
My dad’s favourite player ever and one of my first City heroes. In an era of ‘hard men’ he was the hardest


Sent from my iPhone using Tapatalk
Reactions: RegTheDonk and steve101 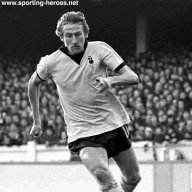 Thanks for all the memories George. When people talk about Sky Blue legends, Big George, has to be the first name on the list. RIP.
Reactions: Bello, steve101 and Terry_dactyl 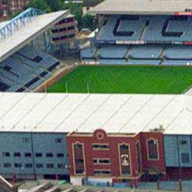 Before my time but i know everything he did for us. A proper Coventry city legend. RIP George
Expand signature
PUSB
Reactions: Bello and dubed 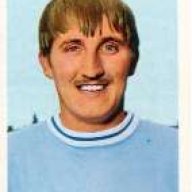 Legend in every respect - player, human being.
Reactions: RegTheDonk, oscillatewildly, Bello and 2 others 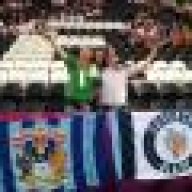 Well before my time but there’s certainly very few City fans that do not know what he did for our club on the pitch and off it. Proper club legend and a true gent.
Expand signature
"Those who risk nothing, do nothing, achieve nothing, become nothing"

Andy Schleck
---
All my views
---
Twitter - @CJ_covblaze
Reactions: The Penguin, oscillatewildly, letsallsingtogether and 1 other person 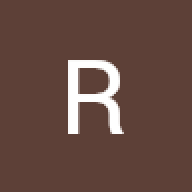 When people say legends there was a true legend helped the club on the pitch,with sillet off the pitch and helped out at backstage level and he remained a gentleman so rest in piece big man ,George Curtis.
Reactions: RegTheDonk 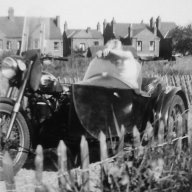 George was my (and my mum's) absolute hero when I first started going to HR just after JH came in.
A giant of a man
My condolences to Inger, Michael, Marti, and grandchildren Abby and George.
Irreplaceable.
Reactions: RegTheDonk, no_loyalty, steve101 and 6 others 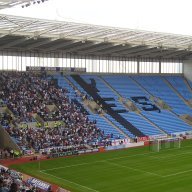 Sad news indeed. Before my time but they don’t make them like him anymore.
RIP.
Expand signature
Teeing off on the 18th with Telf!
Reactions: Johnnythespider 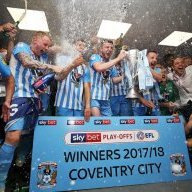 Very sad news, 1986 was my first year working as an apprentice and could afford to go to the games, gave me so many amazing memories and a really nice man when I’ve spoken to him in the pub as well. A true legend for the club and gave us something most other clubs will never achieve.
Rest in Peace George
Reactions: RegTheDonk, steve101, Terry_dactyl and 1 other person 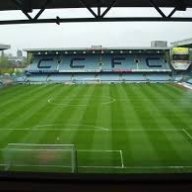 I never saw him play but just from hearing the stories about him from both my mum and dad who were huge fans. I knew what a colossus he was for us and what a hugely influential player he was.

I will never forget the happiest Sky Blue memory he and a John Sillett gave me as a 16 year old with our FA Cup win, and will always see him as one of our best ever, and will always be grateful for that wonderful day.
Reactions: RegTheDonk, steve101, Sick Boy and 3 others 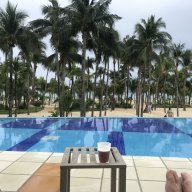 People talk of what Jimmy Hill did for us, George Curtis was in that company.
We went from the bottom to the top on his broad shoulders.
RIP. THE legend which was George Curtis.
Reactions: RegTheDonk, oscillatewildly, steve101 and 3 others 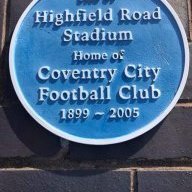 Such sad news RIP Big Fella.
Expand signature
The world is full of Kings and Queens who blind your eyes and steal your dreams. 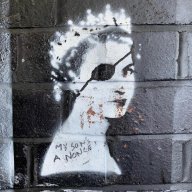 1987, what a year. Thank you for your part in it George and condolences to the family. RIP big man.
Reactions: clint van damme 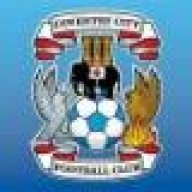 Needs saying besides everything George was a really good player, he was selected as a third division player to be a travelling reserve for the England under 23s might sound nothing now but that was a major honour then there were no substitutes in those days I think that could have been pre Jimmy Hill too.
Reactions: RegTheDonk, BornSlippySkyBlue and clint van damme

RIP George. Thanks for the fantastic memories and a true club legend 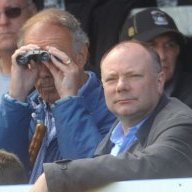 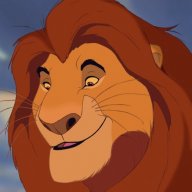 I was in the executive lounge at Highfield Road, Peter Bodak had only played a few games, but had wound a sponsor up to suggest to George Peter should get a “company “ car, as the other players did.

George approached Bodak, grabbed his shirt and raised him about a foot off the ground and gave him a tongue lashing, ending with “no car for you”

RIP George
Expand signature
Remember, before the internet, people thought the cause of stupidity was the lack of access to information? Well, it wasn’t that....
Reactions: RegTheDonk, The Penguin, BornSlippySkyBlue and 5 others

Knew him through the 80s. Wicked sense of humour as he would rib me wickedly about the crush I used to have on Julie (who would have been about 10 years older than me).
If there was a Mr Sky Blues it was George.
RIP big fella.
Reactions: BornSlippySkyBlue, Moff, clint van damme and 2 others 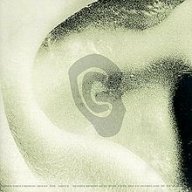 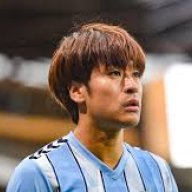 Has this actually been confirmed anywhere? Apparently this was a Facebook rumour that got deleted?

olderskyblue said:
I was in the executive lounge at Highfield Road, Peter Bodak had only played a few games, but had wound a sponsor up to suggest to George Peter should get a “company “ car, as the other players did.

George approached Bodak, grabbed his shirt and raised him about a foot off the ground and gave him a tongue lashing, ending with “no car for you”

Lots of stories like this I was talking to an old city player few years ago and he told me he had a wages issue and being a bit arsey at the time and George poked his head into the dressing room and shouted to him my office. Said he sat outside like a headmasters office for an age and George shouted Smith ( not his real name) so in he went, said Curtis spoke non stop for about ten minutes hardly took in a word that was said but signed the contract. A month or so later he was given an increased contract.
6

Terribly sad news of a true club legend. I had the good fortune to meet with him and play golf with him Ona few occasions
I also possess somewhere a photograph of my brother and I taken at the Coventry City supporters club (when it was part of Highfield Rd). I believe It was a promotion celebration night in 1967.
George Curtis and Bill Glazier were up on stage, ‘assisting’ the band. George singing and Bill on the drums. They invited us up on stage and gave us 2 bob each. RIP to a gentleman and footballing warrior.
Reactions: RegTheDonk, Moff, It’sabatch87 and 2 others 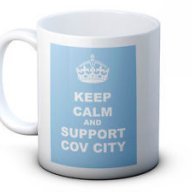 AFCCOVENTRY said:
Has this actually been confirmed anywhere? Apparently this was a Facebook rumour that got deleted?
Click to expand...

The original tweet came from former player David Phillips, so I’d say it is true unfortunately. 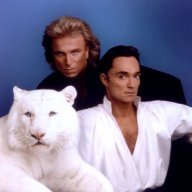 Not just significant as a player, but '87 too. Nobody with a bigger impact on the club
Expand signature
You can't buy identity.
Reactions: BornSlippySkyBlue and Moff 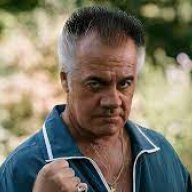 AFCCOVENTRY said:
Has this actually been confirmed anywhere? Apparently this was a Facebook rumour that got deleted?
Click to expand... 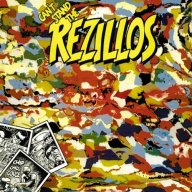 RIP George. Thanks for the best football experience of my life.
Expand signature
And so, being young and dipt in folly, I fell in love with melancholy. 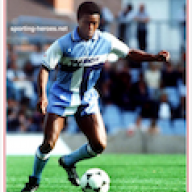 George and John dancing on the Wembley turf holding the FA Cup; one of the most iconic images in our history.

And not many people know this; frequently went miles out of his way to call in on Jimmy Hill in his final years as Jimmy was fighting dementia.

A Coventry great on the pitch. A huge contributor in our finest moment as we lifted the Cup in front of millions worldwide (the FA Cup was a huge deal then). And most of all a gentleman.
Reactions: RegTheDonk, Moff, clint van damme and 8 others 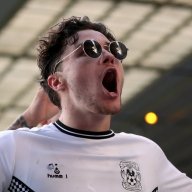 Well before my time unfortunately, but obviously his impact was such that I think even fans from well after his time know about him and the impact he had at the club. In Every sense of the word a proper City legend.
Expand signature
"Still We Rise"
S

Very sad news. R.I.P. George. Will forever picture you dancing around Wembley with Sillett and the cup. Wonderful memories. Thanks for your part in that amazing day
Reactions: Johnnythespider and Terry_dactyl

RIP and thanks for all you did for CCFC George. I only know the stories that my Dad told me about him but he'd describe him as a mountain of a man and true leader.
Expand signature 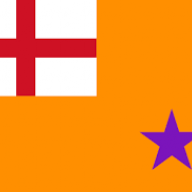 Very sad news. A true icon and make up of our proud history as a club. Rest in peace.
Reactions: Sick Boy
T

George and John gave me and my family one of the greatest days of our lives at Wembley. Total Sky Blue legend and he pulled a decent pint in the supporters club bar at HR. Thoroughly great man
Reactions: RegTheDonk, Moff, Major Tom and 1 other person 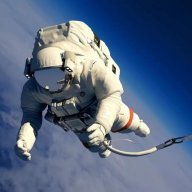 Will always remember that image of Sillett and Curtis during the FA Cup nudging each other shoulders and laughing on the bench, enjoying every minute and then the scenes after walking around the pitch with the cup… happy days for so many fans and for that alone definitely a Coventry City legend!
Reactions: DannyThomas_1981 and Terry Gibson's perm 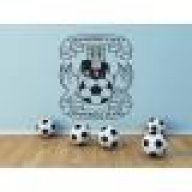