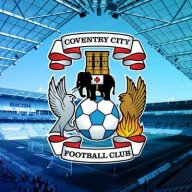 He will be ever better next season
S

I think Hamer has a lot of quality and has been a vital addition to the team. However I don't think you can blame his lack of assists on the strikers. There haven't been a host of chances that he has put on a plate for them. I hope he will be able to develop tempo modulation, as he tends to work, close and select passes at a fast pace. This is great at times but also causes issues. You could argue that he thinks quicker than the strikers and so better quality up front would result in being on the same wavelength. Matty James is a good example of dictating the pace. Even Eccles has that in his locker.
You must log in or register to reply here.
Share:
Facebook Twitter Reddit Pinterest Tumblr WhatsApp Email Link
Top Bottom