Good luck Marcus,maybe we might see you back at the Ricoh playing against us next season.Shame our great leader couldnt give you the send off you deserved yesterday.Apparently he didnt want you to be part of that shambolic peformance.Am i the only one who thinks thats another load of garbage to come out of Colemans mouth.He should have been brought on yesterday,end of story.Sick and tired of everything Cov City at the minute. 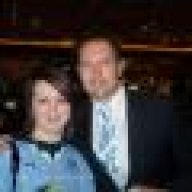 I completely agree! We should have been able to give him our own send off, and be able to see him play in our shirt for one last time, no matter the performance we were giving.
I was one of the fans chanting for Marcus Hall.

Marcus said he was gutted he didn't get to play when I was talking to him outside! He said that we were already losing so surely there was nothing to be lost by him coming on, and I agree. The match meant nothing, so whether we were winning, drawing or losing he should have been played!

I supported Coleman whilst a lot of people said he should go, but yesterday he lost me, only for not playing Marcus Hall, because I think it was an appalling decision and a kick in the teeth to the fans who have supported Marcus throughout his career.
Expand signature

Same here,ive only just recently started to go against Coleman.To be honest i think we have some decent players,and on paper we should be doing alot better,so for me it all now comes down to Coleman.I think Westwood,Wood,Cranie,McPake,and Clingan would get into most teams in this league.I realy do feel for Marcus,what Coleman did yesterday was shocking.
S

Seems like his only appearance was on the cover of the programme. Daft decision - especially when the game was over at 3/4 nil. What does Coleman do then? Puts on some of the younger lads with a huge career ahead of them as though they were going to make a big difference to the final result.
What did they experience - abject failure which they will carry until the start of the new season.
Marcus coming on for the last 15 mins or so may well have kept a few fans in the ground rather than heading for the door marked "Exit". 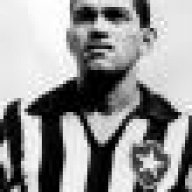 When was his debut... From memory it was Man U on a Monday night game at Highfield Road in 94/95 season when Big Ron took over (might be wrong).

Jeez... Doesn't time fly. I remember going to watch him play for England B against Chile (along with Huck) at West Brom in 1998 the day before Dion made his England debut.

Firstly, all the best for the future Marcus... Secondly, were has 15 years of my life gone 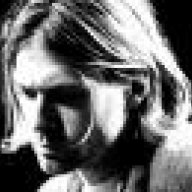 He should have made marcus hall captain for his last game, and he should have tried out a load of youngsters too. We had nothing to play for, so what do you have to lose in trying out some young talent who actually want to play for the club? I bet Marcus would have loved to have been captain with a load of youngsters.
Coleman has got to go. Either that or do something very drastic indeed.
You must log in or register to reply here.
Share:
Facebook Twitter Reddit Pinterest Tumblr WhatsApp Email Link
Top Bottom