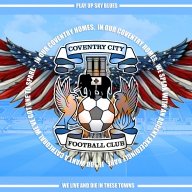 Worked at Nuneaton Ford 23/24 years ago and every day the parts delivery driver would go to the main parts depot in Daventry to get 'out of store' parts.
You basically left work at 12 noon and sat in line at Daventry until 3ish then drove back. It was a piss easy job.
One Friday i volunteered to do it as the usual old boy was off sick.

So I come back to Cov, pick up my mate (who was on the dole) and took him with me for company.
I'd done the run a couple of times previously (without said mate) and there was a tasty bird at Alllen ford (on the London Road) that was also in line at Daventry and as i knew her we would always chat and flirt etc..
On this particular occasion, on the way back we decided to race back down the A45 (past Ryton).
At one point my mate was hanging out the window holding both hers and my wing mirrors!

I drop him off, have a cup of tea and go back into work.
The gaffer calls me in and asks where i'd been and i said that i was stuck in traffic.
He says "Welllllll, the MD was driving down the A45 earlier and......" My heart dropped and i knew what was coming..
He said the MD had seen my mate 'surfing' between vans and was wondering what the fuck was i doing?

I was fired on the spot and my gaffer was more upset about it than i was tbf.
I always remember him saying that i had a lot of potential and i'd thrown it all away.
Sorry Dez!
Last edited: Jul 21, 2020
Reactions: bringbackrattles
S

Used to work in a beauty parlour. Manager was a snidy shit. Would publicly praise you but in private undermine you to try and ruin your confidence. Then eventually gets rid of you. I think the tactic is known professionally as back, crack and sack.
Reactions: wingy, bringbackrattles, Terry Gibson's perm and 2 others

We're still waiting to hear our fate. In the meantime, just to rub salt into the wounds, this week I was introduced to a new specialist placed in a senior role: he just happens to the 3rd member of a board of 4 who run an IT company and who are not only sub-contracting themselves into the department, but others as well. The CEO of that company had been placed by the Department's Director in a Senior Civil Servant (Grade 5) role (at <£1k per day), and remains in that position. I don't necessarily think there are brown envelopes passing here, simply a Director who is so egoistical and neurodivergent that he cannot see the wood of shite he is building from the trees and the sucklings.

And before someone mentions 'whistleblowing' - sorry, that's a game in which nobody wins.
Expand signature
not a smile...but inner delight! Paper round. Mind you I was 38 and the customers complained about my lateness and bad attitude as I trundled around with a can of lager and a fag on the go.
Joking - I've never smoked!
The paper round still stands as my only sacking tho (early 1982) Since leaving school that summer and taking my first full time employment later that year I have only ever voluntarily left employment to seek pastures new.
Feel a little fortunate on this front as quite a few friends (no family members) have lost employment through no fault of their own.
You must log in or register to reply here.
Share:
Facebook Twitter Reddit Pinterest Tumblr WhatsApp Email Link
Top Bottom