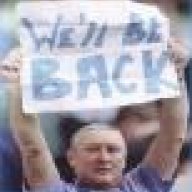 MARK Robins has praised Coventry Citys Under-18s after progressing through to the second round of the FA Youth Cup, but believes the youngsters are afflicted by the same frailties currently hampering his first team.
The Sky Blues boss was at the Ricoh Arena to watch the Academy boys take an impressive 4-1 lead against Shrewsbury Town on Tuesday night, only to be pegged back to 4-3 to set up a nail-biting six minutes of stoppage time with City nervously battling to avoid the first round tie going to extra-time.
They were excellent; played really well, said the manager who is a keen exponent of youth development at the club.
There were some good performances and good goals, and there was some shocking dancing from one of our players who scored a good goal and we progressed through the tie.


It was one of those games where we saw elements of whats happening in the first team throughout the club, so its like an endemic thing where we will look like were passing the ball really well, well go and create chances and score goals and then at the end of it concede two and be hanging on at the end. So it is something that needs to be eradicated.

You know a games good when the manager singles out a players goal celebration and lables it bad dancing...

Whats wrong with a bit of bad dancing after a goal

Sad to see the problems aren't just at first team level but its also a good thing, at least he now knows its across the whole board and not just in the first team!

Now all he needs to do is pinpoint the exact sourse of the problem and eradicate it before it can take hold again! 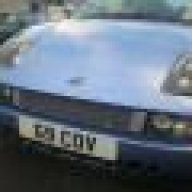 RichieGunns said:
Now all he needs to do is pinpoint the exact sourse of the problem and eradicate it before it can take hold again!
Click to expand...

The exact source is shite players. How many of them do you want him to eradicate?

Astute said:
The exact source is shite players. How many of them do you want him to eradicate?

Well according to George R. R. Martin in any case lol

Shall i start praying to the 7 for our deliverence?

The Father - For his Judgement skills (Sorting the weat from the chaff)
The Warrior - For Victory in Battle (For we do need it!)
The Wizened Crone - Being the face of fate (ROD walk this way for you are fated to never make the first team as you are shite!)
The Smith - Whose good at fixing things that are broken (Robin's could be that man but it would help to have another fixy uppy person on our side!)
AND
The Stranger - To lead those that are unworthy to the get out sign (otherwise known as the underworld for shite footballers)